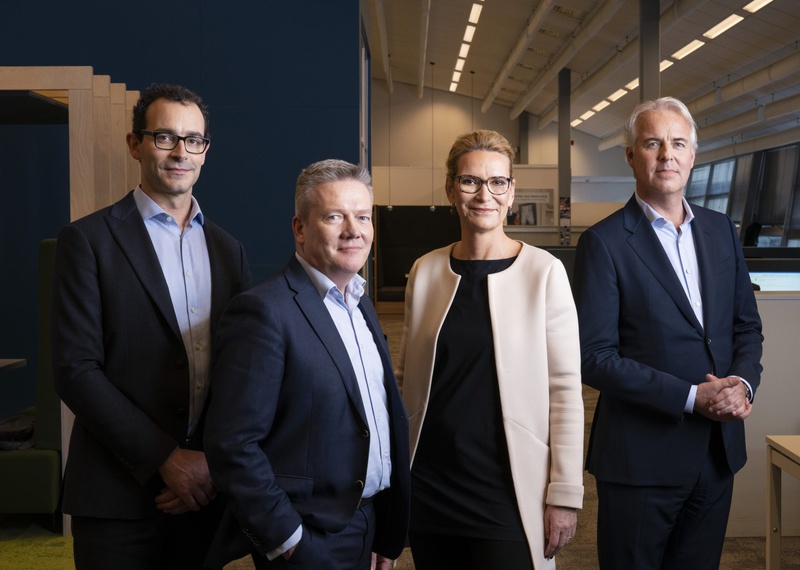 Jeanine van der Vlist joined Eurofiber Netherlands, the largest company of the group, in April 2015, and has been the managing director since May 2016. Under her leadership, Eurofiber Netherlands experienced strong growth, adapted its organizational structures to support its expansion, and saw a substantial growth in customer satisfaction; the Net Promoter Score (NPS) among its customers rose to +31. She was nominated CEO of the Year in 2017 by readers of Dutch ICT magazine Computable, a title that she also held in 2010. Ms. Van der Vlist will be joining the executive management team of Eurofiber Group as Chief Commercial Officer (CCO).Paul Naastepad will be succeeding Jeanine van der Vlist as managing director of Eurofiber Netherlands, bringing with him extensive experience in telecom and ICT. His work history includes executive management roles at Vodafone and Emtelle Europe; he was also CEO of tech firm Initivation, and the first president of the FTTH Council Europe. Until recently, Paul Naastepad was CEO of XS4ALL.

The new appointments are taking place in the context of Eurofiber’s growth ambitions. CEO Alex Goldblum: “Eurofiber has significantly expanded its activities the Netherlands and Belgium in recent years. Not only do we now have the largest fiberoptic network in the Benelux, second in the Netherlands, but we will also be building our fifth datacenter this year, in Greater Amsterdam. Trends such as 5G and the Internet of Things are driving increasing demand for future proof digital infrastructure, most notably in terms of finely-meshed coverage, continuity, and security. These trends are not limited to the Netherlands and Belgium, giving significant opportunities for future growth. To keep pace with these developments and to help focus our commercial ambitions, we have created a new role in the executive management team, the CCO.”The Executive Board of the Eurofiber now consists of Alex Goldblum (CEO) Bart Oskam (COO) Edze Tollenaar (CFO) and Jeanine van der Vlist (CCO).

Eurofiber has been a provider of industry-leading digital infrastructure since 2000. Relying on our own fiberoptic network and secure datacenters, we provide smart, open, future-proof solutions for companies, government bodies and non-profit organizations. Customers have complete freedom to choose the services, applications and providers they need, allowing them to tap into the full potential of digital innovation. Supplementing an extensive fiberoptic network in the Netherlands and Belgium as well as four regional datacenters, Eurofiber also offers solutions for fully flexible interconnectivity between over 50 datacenters in the Netherlands.In doing so, Eurofiber’s smart, open, digital infrastructure is laying the foundations for the digitalization of our society. The Dutch government has assigned Eurofiber the status of ‘vital infrastructure’. Since 2000, Eurofiber has installed over 31,000 km of fiberoptic cable, expanding its network by over 40 km per week on average. The services of the company have been placed in five companies: Eurofiber Netherlands, Eurofiber Belgium, Dataplace, UNET, and DCspine.

Eurofiber expands to Frankfurt
DCspine connects maincubes on its 100Gbit network backbone
Eurofiber expands Dutch portfolio to include SD-WAN
Eurofiber supports GAIA-X initiative for a safe data infrastructure in Europe
Eurofiber to acquire FullSave in Toulouse
Eurofiber to acquire Lumos in France
Some modules are disabled because cookies are declined. Accept cookies to experience the full functionality of this page.
ACCEPT COOKIES
We use cookies to optimize the website, no personal information is stored. Learn more
DECLINE COOKIES ACCEPT COOKIES