Groningen - Eurofiber has completed its second fibre-optic connection between the city of Groningen and Eemshaven. The establishment of this connection has further improved the connectivity of Dataport Eemshaven and the area has become even more attractive to large data centres.

The new connection, with a length of 37 kilometres, was commissioned by Eurofiber Nederland, a supplier of high-quality digital infrastructure, and was recently completed. With the construction of a second route, Eurofiber customers will have access to two completely separate fibre-optic connections between Groningen and Eemshaven. Groningen, in turn, is connected to the Amsterdam internet junction via two routes: the Afsluitdijk and Lelystad. Customers are also enabled to access the shortest route to Hamburg.Director of Infra Operator Arian de Korte: "Eemshaven is developing into a top location for large data centres. This is reflected for example in QTS, the globally operating data centre provider that announced last week that it would be establishing itself in Eemshaven and Groningen. Such parties demand a fibre-optic network that meets the highest standards in terms of bandwidth, uptime and latency, and the shortest routes. With a second, direct connection between Eemshaven and the city of Groningen we amply meet this requirement."Groningen Seaports is delighted with the improved connectivity. "Eurofiber is an important long-term partner of Dataport Eemshaven. This new infrastructure provides a good quality choice for our customers and will serve as a magnet to attract new companies," says Strategy & Business Development manager Robert van Tuinen. 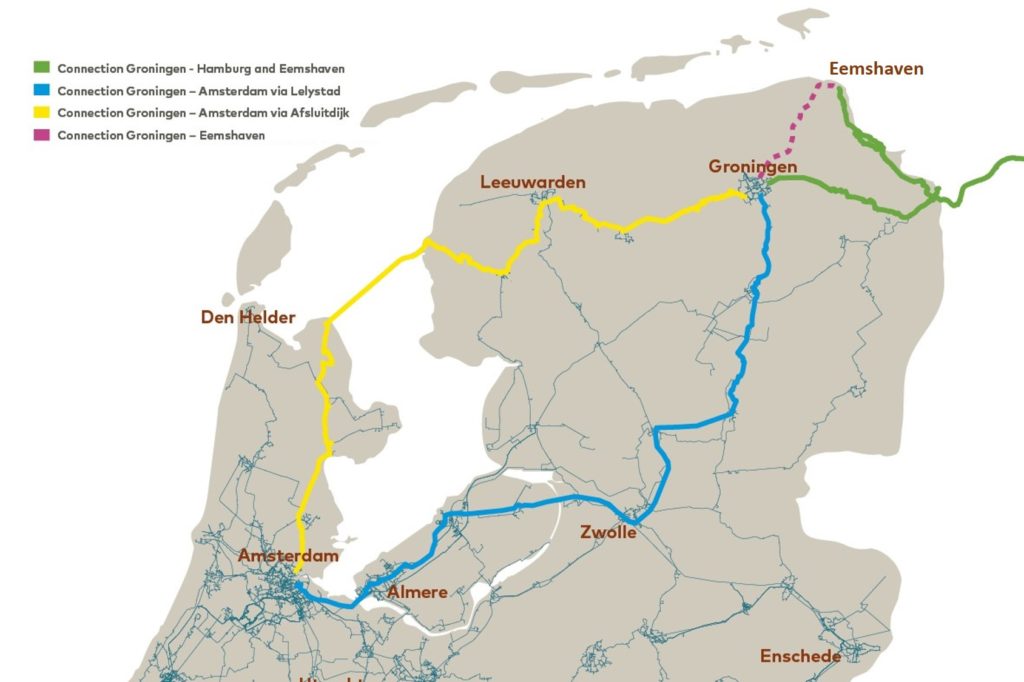 In the near future, Eurofiber will still be busy connecting its customers on the new route. The first customers will be connected to the new system at the end of June.